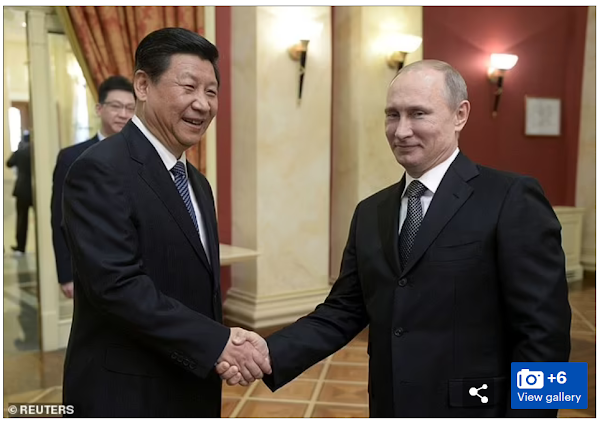 Burns highlighted “the immediate threat of renewed Russian aggression against Ukraine” and “the long-term problem posed by the ambitious Chinese leadership.” Above, Russian President Vladimir Putin (right) shakes hands with his Chinese counterpart Xi Jinping in 2014

* Burns said China posed the “biggest challenge” to the United States and “the most profound test the CIA has ever faced.”

He warned that the later stages of the war, which will soon enter its eighth week, will include continued bloodshed

* He also revealed how the agency changed tactics with a new policy of publicly revealing declassified intelligence about Russia’s plans.

The CIA director has said that China is a “silent partner” when it comes to Russian President Vladimir Putin’s “aggression” in Ukraine.

William Burns spoke candidly on Thursday and cautioned that China presents the “biggest challenge” and “most profound test” the agency has ever had to deal with, as he celebrated his first year at the helm of the agency with a speech at Georgia Institute of Technology on Thursday.

WNU . Editor: The director of the CIA is right in China.