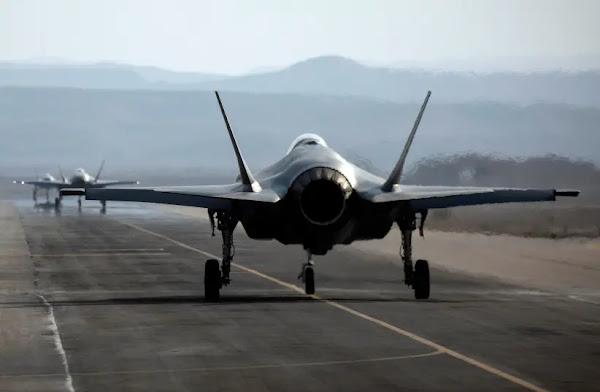 An Israeli F-35 is seen on the runway during the “Blue Flag”, an air exercise hosted by Israel (Image source: REUTERS)

Times of Israel: Syria said Israeli strikes were launched on targets near Damascus for the second time this week

Attacks attributed to Israel continue in Russian-dominated airspace amid Putin’s war in Ukraine; There were no reports of injuries

Syrian state media said that Israeli planes carried out air strikes near the Syrian capital, Damascus, on Thursday night for the second time in less than a week.

The official Syrian news agency (SANA) said that “an Israeli air strike targeted certain locations near Damascus,” without reporting any injuries or damage. SANA said that Syrian air defense systems fired at the attacking Israeli planes, and residents of the area heard and felt several explosions.

WNU . Editor: Israel knows that Russia, an ally of Syria, is preoccupied with the Ukraine war. There will be no interference from Russia in what Israel can do in Syria for the time being.