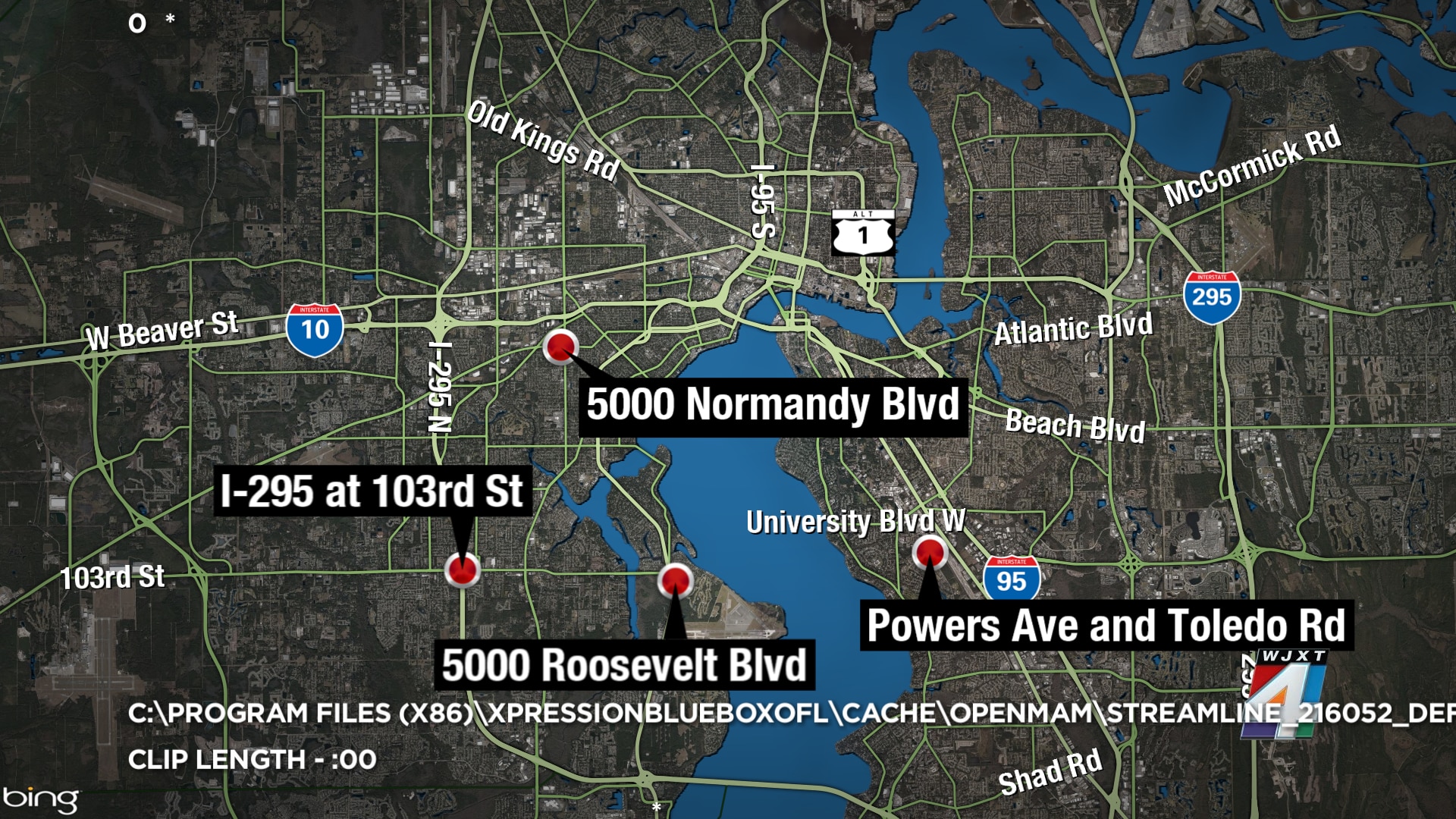 Jacksonville, Florida. The Jacksonville Sheriff’s Office is investigating four separate shootings on Easter morning after a violent night in Jacksonville

To date, there are no suspects in custody for any of these crimes.

According to JSO, Saturday night began at 10:30 p.m. when officers were called to the 5000 building on Normandy Avenue in reference to a shooting. Initial investigation revealed a large gathering where a 17-year-old was shot. He was taken to a local hospital with non-life-threatening injuries.

Shortly after midnight, officers responded to the 5000 compound of Roosevelt Avenue to reports of the shooting. There the car club meeting turned violent when one person was injured. The 17-year-old victim was rushed to a local hospital with non-life-threatening injuries.

At 4:45 a.m., officers went to the 5700 block of Normandy Street after a shooting call. There the victim claimed he was on I-295 when he heard gunshots and discovered he had been shot. He was taken to a local hospital with non-life-threatening injuries.

The fourth shooting occurred on Powers Ave and Toledo Road, where two men were shot dead. According to the JSO, it happened in a parking lot in a large gathering. An argument started and shots were fired. Currently there is no suspect in custody, and the police are interviewing witnesses and trying to obtain surveillance video.

Anyone with information about any of these shootings is encouraged to call the Jacksonville Sheriff’s Office at 630-0500 or Crime Stoppers at 1-866-845-Tips.