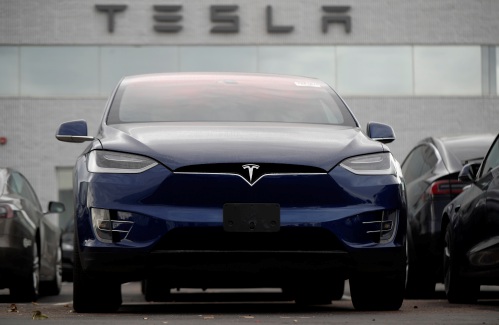 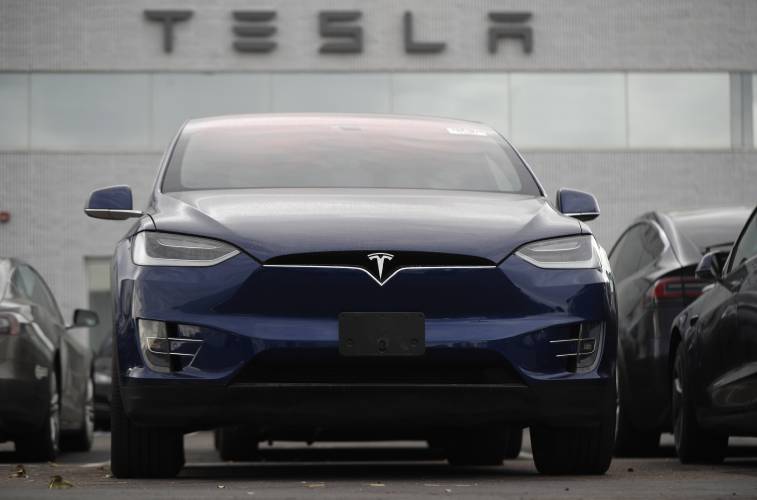 I spend a lot of time on the road, driving back and forth between western Massachusetts and Boston. I’ve noticed a steady increase in Teslas on Mass Pike — no surprise since the California-based company dominates the US electric vehicle (EV) market with about 80% of new electric vehicle registrations.

American and foreign manufacturers are now going after Tesla. Consumers want electric cars to perform and reduce their impact on the climate, and the industry is responding.

General Motors has pledged to eliminate exhaust emissions from all new cars by 2035 and last week announced a partnership with Honda to sell electric vehicles for less than $30,000 starting in 2027. Last fall, Ford announced that it would invest billions of dollars in new electric vehicles. and battery factories in Kentucky and Tennessee. Even the classic Ford F-150 truck now has an electric version and sales are strong.

The news that the auto industry has pledged half a trillion dollars over the next five years to redevelop, build new plants, train employees, and upgrade vehicle programs is as exciting as it is necessary.

The auto industry’s move away from gasoline cannot happen soon enough given the growing effects of climate change. But state and federal governments must also be part of an orderly transition, cutting costs for buyers at deep discounts for new and used electric vehicles and building public charging infrastructure to deal with “range anxiety” so you don’t need an aisle to own an EV.

This week, my Senate colleagues and I passed the Leadership Act, a series of actions to mitigate climate change as part of our plan to reach our goal of zero net emissions by 2050. With 40% of Massachusetts’ carbon emissions from the transportation sector. It is one of the goals of the bill, including a proposal you made that would require all new cars sold in the state to be zero-emissions after 2035.

California and New York have taken the lead in decarbonizing the transportation sector. In 2020, California banned the sale of new gas-powered passenger cars and trucks by 2035. The state has pledged to spend $10 billion to meet its goals, including building 250,000 public electric freight vehicles and 200 hydrogen fueling stations. In 2021, New York followed suit by passing a law requiring new passenger cars and trucks to be zero-emissions by 2035. All new medium and heavy trucks sold in New York by 2045 must be zero. New York has committed more than a billion dollars to achieve its goals.

The Biden administration announced a plan last summer to make half of all new cars zero-emissions by 2030 and higher fuel efficiency and emissions standards. The president even recently invoked the Defense Production Act to produce electric car batteries.

It is time for Massachusetts to act with the same urgency. The Senate bill increases the minimum deductions for electric vehicles to $3,500, adds another $1,000 rebate if a combustion engine vehicle is traded, and more for low-income people. It also makes used electric cars eligible for rebates. We will invest $50 million in new electric vehicle charging stations. For transit riders, the bill also requires the MBTA to purchase and lease zero-emission buses by 2028.

Zero emissions mandates in California, New York, and proposed here in Massachusetts send a signal to automakers around the world that the United States is seriously considering electrifying its cars and trucks. Automakers can be sure that there is demand for electric vehicles at all price points, not just at the luxury level. This increases production and reduces ticket prices. At the same time, I expect that early consumers of electric cars will trade in and increase, which will lead to an expansion of the used electric car market and lower prices.

Putting electric vehicles on Massachusetts roads is just part of the Senate’s new $250 million plan to mitigate global warming. The Senate bill would reduce the amount of electricity generated by fossil fuels by investing in our clean energy infrastructure, modernizing offshore wind supply and supporting advances in solar energy. The bill prohibits biomass facilities from receiving state incentives for clean energy and increases public utility control over natural gas projects. It also passed my amendment to speed up the development of energy storage.

In the construction sector, Senate legislation would create a demonstration project that would allow 10 municipalities to restrict the use of fossil fuels in new construction. The bill limits the use of comprehensive savings money for fossil fuel equipment from 2025.

The United States and Massachusetts still have a long way to go to achieve the climate goals we have set for ourselves. Either way, 2022 can and should be a turning point for electric vehicles and their integration into our lives. We are at a historical inflection point and we can hardly imagine the transportation industry in the future. But with so much at stake, Massachusetts must do its part to embrace this necessary transformation.

Adam Hinds is a senator from Berkshire, Hampshire, Franklin and Hampden County.