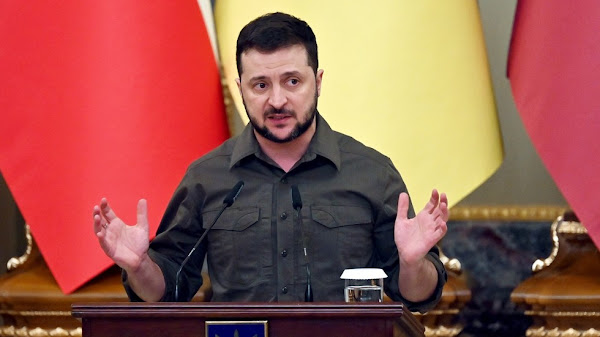 Axios: A senior official said Ukraine is asking $50 billion from the G7 to cover the budget deficit

why does it matter: An analysis by the Economist Intelligence Unit released last month predicted that an unprovoked Russian invasion would destroy Ukraine’s economy by a whopping 47% in 2022.

* Analysts at the consultancy wrote: “We do not believe that Ukraine’s GDP will recover to pre-war levels for more than a decade.”

* Ustenko said on Sunday that his country may issue 0% coupon bonds to address the budget deficit over the next six months.

WNU . Editor: As the war continues, this will be the first of several requests from Kyiv. But will the G7 be willing to finance this war for years? …. Ukraine can fight Russia for 10 years – Zelensky (RT).

Day 54 of the Ukraine crisis: Ukraine is asking the G7 for $50 billion to cover the budget deficit – CGTN